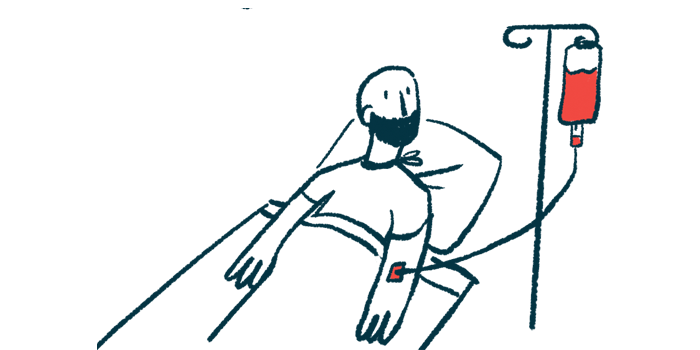 According to researchers, his case highlights the importance of genetic testing for a definitive diagnosis of inherited aHUS.

The case study, “A novel missense mutation in complement factor I predisposes patients to atypical hemolytic uremic syndrome: a case report,” was published in the Journal of Medical Case Reports.

aHUS is caused by the abnormal activation of the complement cascade, part of the immune system that helps defend the body from potential invaders. An overactive complement system leads to increased inflammation and to blood clots forming in small blood vessels, particularly in the kidneys.

Most people with aHUS carry mutations in genes that regulate the complement cascade, but on their own these mutations don’t necessarily lead to aHUS. Instead, a triggering event, such as an infection or pregnancy in a susceptible person, can cause disease.

Up to 10% of aHUS patients carry a mutation in the CFI gene, which provides instructions for making complement factor I, a protein that plays a role in complement suppression. So far, 23 mutations in the CFI gene have been reported.

Researchers at the First Affiliated Hospital of Nanchang University, China, described the case of a 26-year-old Asian man who carried a novel CFI mutation that predisposed him to aHUS.

The young man had acute kidney failure and a lung infection at the hospital, having developed a cough, mucus, and chest congestion over the previous 10 days.

He was treated with antibiotics for the infection, but his symptoms progressed into chest distress, shortness of breath, and low urine output.

He was admitted to the cardiovascular department with high blood pressure and thick congestion, and fluid buildup in both lungs. Besides mild swelling in his legs, no other significant findings were observed during a physical examination.

Blood tests showed altered biomarkers consistent with kidney damage, tissue injury, and infection. Although his kidneys were normal-sized under ultrasound, the outer layer was enlarged, and blood flow was decreased. CT scans confirmed the patient had pneumonia, and an eye exam showed bleeding, fluid, and swelling on the optic nerve. He was transferred to the nephrology department for further treatment.

After regular blood dialysis and being prescribed medicines for high blood pressure and infection, his chest distress, shortness of breath, and blood pressure improved, but his kidney function did not. As a result, a kidney biopsy was performed.

Additional blood tests showed a rapid decrease in platelet counts, complement protein C3, and oxygen-carrying hemoglobin, alongside a rise in LDH, a marker of tissue damage, and reticulocyte percentage, a sign of red blood cell destruction. Based on these findings, it was presumed the man had hemolytic uremic syndrome.

The approved aHUS therapy Soliris (eculizumab) was not available. Instead, daily therapeutic plasma exchange (TPE) was performed — a standard aHUS treatment that involves replacing a patient’s plasma (the liquid portion of blood) to remove mutated complement factors from the bloodstream. After 10 TPE sessions, his platelet counts normalized and C3 and hemoglobin levels increased.

The team sent the man’s blood samples, along with samples from his parents, for genetic testing, which included screening genes associated with aHUS, such as CFH, CFHR5, CFHR1, CFI, DGKE, CFB, and MCP.

This showed the patient carried a new mutation in the CFI gene that led to a defective complement factor 1 protein, confirming the aHUS diagnosis. The same mutation was also found in his mother, but not his father.

He started on regular maintenance dialysis, and his platelet count and C3 level remained in the normal range, while his hemoglobin levels required further medication.

“This report confirms the importance of screening patients with atypical hemolytic uremic syndrome for mutations in genes involved in complement system to clarify the diagnosis and demonstrates the challenges in the management of these patients,” the researchers wrote.