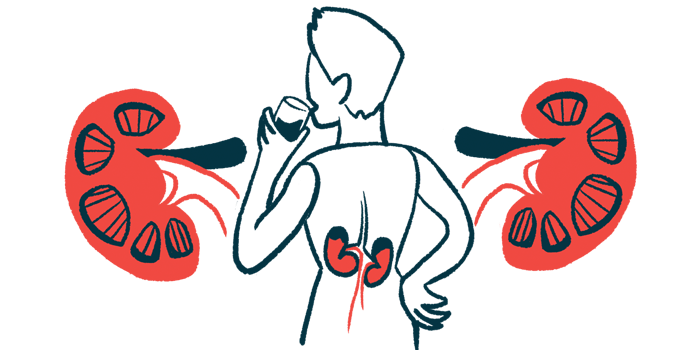 She responded quickly to treatment with Soliris (eculizumab), its scientists noted, leading them to suggest this bacterial infection can be a cause of primary aHUS.

Infections, particularly in the lungs and digestive tract, are a common cause of aHUS, leading to uncontrolled activation of the complement system, a part of the immune system that targets and clears invading microbes. Abnormal complement activation causes inflammation and blood clotting in small blood vessels, particularly those in the kidneys.

In rare cases, aHUS can be triggered by the bacteria Clostridioides difficile — a common soil microbe known to cause diarrhea and colon inflammation (colitis), mostly in older hospitalized adults after the use of antibiotics.

The woman arrived at the hospital after four days of abdominal pain, painful urination, and multiple episodes of bloody diarrhea accompanied by nausea and vomiting.

She was not taking any medications, including antibiotics, and did not have a family history of inflammatory bowel disease. Her vital signs were typical, and an examination only showed signs of abdominal tenderness.

Although her hemoglobin levels, kidney function, platelet count, and urinalysis were normal, she had an elevated white blood cell count, a sign of infection. Of note, hemoglobin is the protein in red blood cells that is responsible for transporting oxygen.

Stool analysis was positive for the toxin B gene from C. difficile, but negative for other microbes. Based on this finding and abdominal CT scans, the woman was diagnosed with severe C. difficile colitis and started on anti-microbial medications.

To prevent organ failure due to rapid-onset C. difficile colitis, she underwent a total abdominal colectomy, a surgical procedure to remove the large intestine.

Postoperative lab tests continued to show elevated creatinine levels, low hemoglobin levels, and significant acidosis, or too much acid in body fluids. Due to acute kidney injury, she was started on renal replacement therapy — a treatment that replaces the normal blood-filtering function of the kidneys.

After six days in the hospital, she developed severe agitation and visual hallucinations with a high fever and seizures, requiring intubation to protect her breathing. Electroencephalography (EEG) showed unusual brain activity, and MRI brain scans suggested she had developed encephalitis, or brain tissue inflammation.

The woman was too ill to undergo a kidney biopsy to confirm an aHUS diagnosis. Instead, working under the assumption of aHUS caused by C. difficile colitis, doctors started her on Soliris, an approved treatment designed to halt complement activation. She was also given low doses of a pain killer and antipsychotic medication, as well as high-dose anti-inflammatory steroids for her encephalitis.

Over the next three days, her kidney function and neurological status improved rapidly, with MRI scans showing a resolution of brain abnormalities.

The woman continued treatment with Soliris at a weekly dose of 900 mg for four weeks, then moved to a 1,200 mg biweekly dose.

She was discharged with full kidney function. Over the next two months, her kidney, blood, and neurological tests all registered as normal. She completed two months of Soliris treatment, and remained in remission at this study’s end, four months after being discharged.

Examination of extracted colon tissue did not show signs of inflammatory bowel disease, but rather of blood clotting in small blood vessels along with inflammatory colitis. DNA analysis of aHUS-related genes failed to detect abnormalities.

“This case highlights that the high morbidity and mortality associated with aHUS is likely also present with [C. difficile-associated aHUS] and that timely recognition and initiation of appropriate therapy are integral to improving outcomes,” they concluded.